Keeping Everyone Safe with our Video Surveys

In respect of what is happening at the moment with COVID-19 Britannia Harrison and Rowley are business as usual with taking new enquiries.

Where required, we are able to use our Video Survey App to continue to supply quotations for any pending up and coming moves. 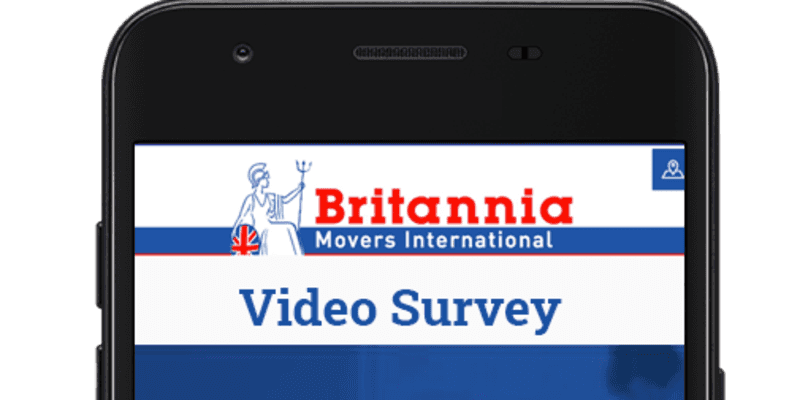 Why do Brits move abroad?

In 2013, over 320,000 emigrants packed up their bags and said goodbye to the UK for good. With this huge figure on the rise ever since, should we be asking why British citizens are deciding to leave their place of birth and set off in search of a new life overseas?

At Britannia Harrison and Rowley we have over 30 years of providing removals to families that have made the same decision to seek an alternative lifestyle away from British soil. This means we’ve heard a wide range of differing reasons for Brits moving their lives abroad. Here are some of the most common:

Judging from the way us Brits act as soon as the mercury hits higher than 20 degrees, it’s plain to see, we really do love our sunshine. We’ve become accustomed to the common scene of a packed out Brighton beach when the first bit of sunshine all year hits our shores. This reason may be the most obvious, but it’s also one of the most common, as more and more people decide to jet off to another continent in search of vitamin D on tap. Even in the height of British summertime, you can never depend on the weather to allow for your plans of a picnic in the park or a day out at the beach. Its unreliable nature means that summer events can often be met with uncertainty. On the other end of the spectrum, top destinations for UK expats include The United Arab Emirates, where you can enjoy year round beach weather and never have the worry of your Friday afternoon brunch being ruined by rainclouds.

The most popular destinations for emigrating Brits are Spain, France, Australia and New Zealand. Brits that are trained in a specific skilled profession have discovered that they can not only enjoy more relaxed working hours, less tax and better private health care options in these countries, but they can also earn a higher wage than in the UK. While Australia still carries a much higher cost of living than Britain, in some EU countries like Spain and Holland, a grocery shop is likely to work out at half the price of a trip to your local supermarket here.

A rise in the amount we drink and underage drinking has been a huge contributing factor to street crime within the UK. The presence of gangs and hooliganism in towns also has a negative effect on local communities, often making families feel unsafe on the streets and leads to parents not allowing young children the same amount of freedom they’d have had in previous decades. In many overseas countries, the way of life is more relaxed and crime statistics are dramatically lower, offering people comfort in knowing they’re in a safe community. In Britain, 27% of youth regularly drink which is 4 times higher than rates in France and Italy, a contributing factor as to why families opt to raise their children elsewhere.

Unless you have grown up in the countryside enjoying a simple yet peaceful way of life then you will know that living in Britain can often seem as if you’re always in a rush. Whether its trying to get to school to pick the kids up on time or beating the afternoon rush of traffic so that you’re home in time to cook everyone dinner, the pace of life can often contribute to families looking elsewhere for a more relaxed lifestyle. The idea of a life that has a better balance between work life and social time is definitely an attractive proposition for emigrants, and why not eh? You only live once! Countries such as Spain and Italy often have more relaxed work hours compared to others and even allow time for a siesta during the hottest part of the day.

For those who have worked hard to earn a living in the UK that are now reaching their golden years, a life abroad can be the perfect retirement setting. Long strolls along the seafront, exotic and new food dishes combined with a tranquil way of life is what most long for when thinking of retirement. The South of France, Belgium and Spain are popular spots for retiree’s as they offer quick and cheap travel options back and forwards for family, as well as an abundance of holiday properties on offer for investment.

In recent years, the rate at which Brits are expatriating for better work prospects has accelerated. One example of a perk of doing so is that in the UAE, workers do not have to pay income tax and receive much higher wages than in the UK, which to some is just too good an opportunity to miss. This, married with a booming media industry where professionals in the UK can often seek out jobs with quicker progression opportunities through the ranks, means that skilled workers are looking to move elsewhere to develop their careers quicker. Additionally, the opportunity to study abroad is a tempting one for many prospective students. This means that many decide to find a job where they are already based after graduating instead of returning home to the UK.

At Britannia Harrison and Rowley we have extensive knowledge and experience in providing a range of removals overseas, please get in touch for more information. You can call us on 01480 279 700 or email removals@harrisonandrowley.co.uk.

Complete the form below to get your Home Survey arranged

Complete the form below to get your UK Removals quotation

Complete the form below to get your Self Storage quotation

Complete the form below to get your International Removals quotation

Complete the form below to get your European Removals quotation

Complete the form below to get your Shredding quotation